Tina Kalivas is a Costume Designer with a background in fashion. She constructed iconic show pieces for Alexander McQueen and was commissioned by Lindy Hemming to create eight couture and evening ball gowns for Die Another Day. Her eponymous label was launched in 2003. For eight years, Tina Kalivas' creations were sold in high-end boutiques around the world.

A London-based Greek-Australian, she spent five months in Tokyo for the film Goemon. Her work on the Japanese fantasy epic was nominated for an Asian Film Award. Current day, period, or fantasy, Tina delivers a high-concept costume that looks authentic and brings the actor closer to their character. 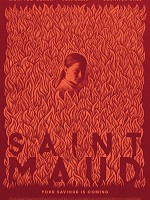